What are the best soccer academies in the World in 2023 ? 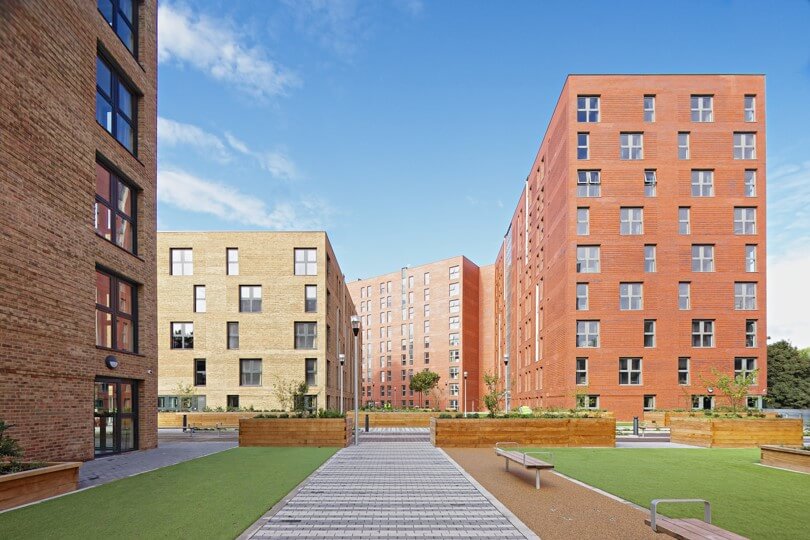 Soccer is the most popular sport in the world by a margin, and it reaches every corner of the globe.

Looking for Soccer, one of the very best websites for finding soccer camps at the top clubs in the world, has made a list of the best academies in the world.

The best soccer academies in the world 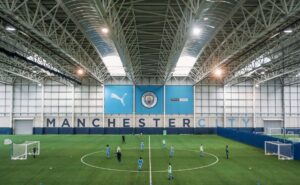 Of course, there are thousands of soccer academies in the world, but these stand out thanks to their quality and their consistency, gaining a reputation as some of the very best. Each of these academies produces several top quality professional soccer players every year. Keep reading to find out what the best academies in the world are.

At a club like Real Madrid, possibly the biggest club in the history of soccer, everything needs to be world class, and their academy, Valdebebas, is exactly that. When the fans expect so much, the club must deliver by producing top players, so the club invested considerably into the academy. These investments bore many fruits, and the academy has yielded some Real Madrid legends, like Raul, Iker Casillas or Guti.

Saul, Juanfran, Hakimi and Carvajal are just some of the other examples of Real Madrid academy graduates, testament to its quality. It is not just talent that is required at Valdebebas, you are also expected to be disciplined and to give your blood, sweat and tears to the club.

If you would like your child to learn from the same winning mentality that is omnipresent at Real Madrid, then the soccer camp they organise is the perfect opportunity. Qualified UEFA coaches, players from all over the world, fun visits and excursions, the Real Madrid soccer camps have it all. 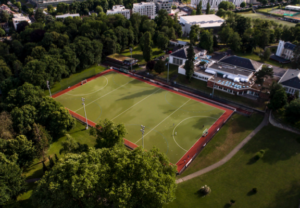 Founded in 1970, PSG is undoubtedly the biggest French team in the world. Its academy has created many legends, such as World Cup winners Coman and Rabiot and many, many more.

PSG’s trophy cabinet is starting to run out of space: 12 French Cups, 8 League Cups, 9 times French champions and 1 UEFA Cup. Players like Nkunku and Diaby helped the French club win these trophies. The quality of their training sessions and their academy allowed the team to reach new heights.

If you would like your child to walk in the footsteps of these soccer stars, Looking For Soccer offers soccer camps for all levels, from leisure to high performance, at the PSG Academy.

The 2010 World Cup Final was a perfect example of the quality of Barcelona and Akax’s academies: there were no less than seventeen players from either Barcelona or Ajax in the two final squads.

Historically, Ajax is a massive club with an incredible collection of trophies, and a lot of those are owed trophies to graduates from the academy. Edwin Van De Sar, Dennis Bergkamp, Frenkie de Jong are just a few names that have performed on the global stage for massive clubs, proving the academy’s quality. Despite so many excellent players, one academy graduate stands head and shoulders above the rest of them: Johan Cruyff. Without that man, soccer would be completely different today, and he learnt to breathe soccer at the Ajax academy.

If you are interested in any of the soccer camps in this list and want to find out more, then don’t hesitate to contact the Looking For Soccer team. They will be more than happy to answer any questions you have. 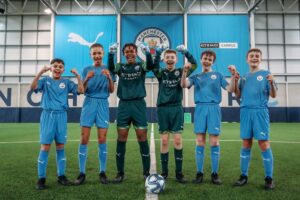 It is impossible to watch Manchester City play and not be impressed. Unsurprisingly, their academy is also very impressive, and has developed some sensational players in recent years, such as Sancho, Eric Garcia and Angeliño.

Ever since the manager Pep Guardiola arrived at Manchester City, the club hasn’t stopped winning matches and trophies. Manchester City’s academy cannot be ignored. It is located very close to the famous Etihad Stadium, and its facilities are some of the most modern and complete in the world.

Would you like your child to train in the same conditions as players from Manchester City Football Club? Find out more about their soccer camps, available for boys and girls of all levels. 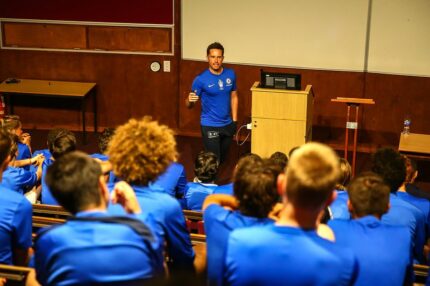 Chelsea FC is a London based club that plays in the Premier League, the highest standard of soccer in England. The team is nicknamed the “Blues” after their kit which is all blue.

Its academy has hosted some very big soccer names. Its graduates have changed the history of soccer, as Chelsea is one of the most successful teams in England. You have probably heard of some of them: Mount, Hudson-Odoi, Chalobah, Tammy Abrahm, etc.

Your child would surely be thrilled to improve at soccer thanks to the help of Chelsea’s professional youth coaches. Thanks to Looking For Soccer, you now have the possibility to give them the holiday of a lifetime. Choose between intensive or advanced camps, whether its for a striker, a defender or a goalkeeper.