The 5 best Summer Football camps in the world 2023

For most, summer is the best and most pleasant time to play football. The biggest international competitions in the world, like the World Cup and the Euros, take place during the summer. It’s also the time of the year when children have the most free time thanks to two months of school holidays.

Does your child love football? Would you like to send them to a summer football camp? Does your child want to prepare for the next season by doing a pre-season camp (supposed to have a link but no English article) and you are not sure where to send him? Are you looking for a fun and sporty way to keep your child engaged for a week because you are very busy with work and can’t take care of them properly?

Looking For Soccer, the go-to website for booking football camps all over the globe, has put together a selection of the best football camps in the world.

So, if you are looking for the perfect summer football camp, it is probably already included in our list. Let us guide you!

As time goes on, more and more of the biggest clubs are organising football camps. It makes sense: they might find some hidden gems amongst the campers, they can make some money and they can provide kids and supporters with an experience they will never forget.

Summer is the best time to do it, as the weather is fantastic, the kids need to be kept busy and everyone seems to be in a better mood.

What are the best football camps for the summer?

As parents, we always want the best for our children.

For the last few years, your child has been badgering you about the football camp that the best professional clubs in the world, begging you to let him go. You’ve decided that finally, in the summer of 2023, you will listen to them and send to a football camp.

But what are the best football camps during June, July and August? Here is our TOP 5!

The ICEF (International Centre for European Football) is known throughout Europe for the quality of its facilities and the quality of life for those living there. Located in Evian, right at the intersection of Italy, Switzerland, Germany and France, the ICEF centre has some of most advanced and high quality sporting facilities.

In fact, they outclass the training centres of some of the biggest football clubs in the world. When considering the best football camps taking place in the summer of 2023, the ICEF camp must be mentioned.

Interested in this camp? Find out more about the ICEF football camp 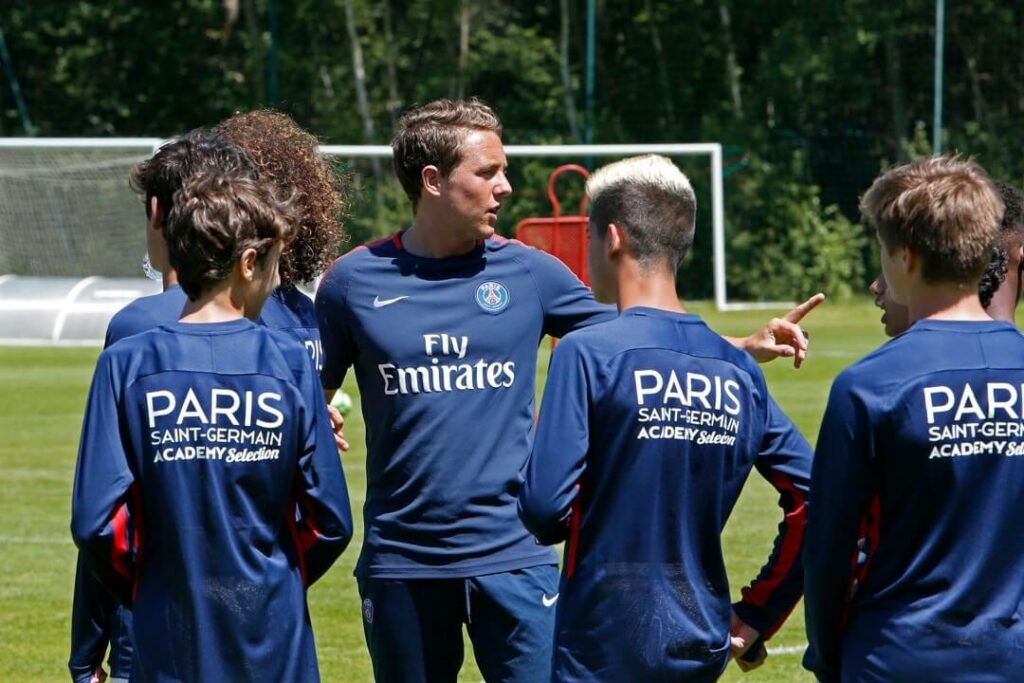 In recent years, Paris Saint Germain has imposed itself as the biggest, most influential French club in the world. Thanks to its many world class stars, the club from the French capital has supporters from every corner of the globe. If you are on the hunt for a wonderful camp for your child, whether it is in summer 2023 or some other time, then the PSG camp is sure to make them very, very happy.

Interested in this camp? Find out more about the PSG football camp

It is barely even up for discussion; Real Madrid is surely the biggest club on Earth. Over the years, the best players have lifted a ridiculous number of trophies for the Madrid club.

A few years ago, the Madrilenians won the Champions League a record three times in a row, the competition that sees the best football clubs in the world battle it ou for the title of champions of Europe. To give their young supporters and any other kids a taste of this excellence, the club organises its very own football camp, with the following benefits. 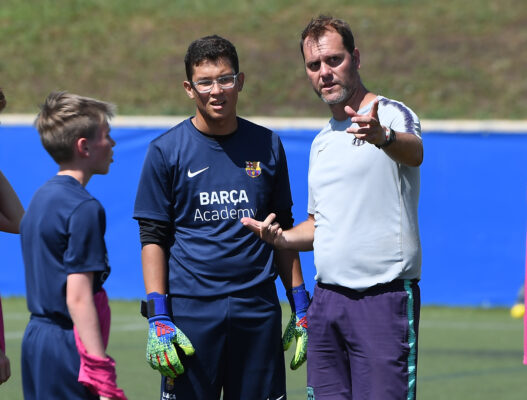 Having presented the previous camp, we had to also present Real Madrid’s arch-rivals’ camp too, the FC Barcelona football camp. The two Spanish clubs have been almost exclusively sharing the La Liga title for years.

It makes sense, as Barcelona have been buying some of the best players as well as training their very own at their legendary academy, La Masia. Just like their historic rivals, FC Barcelona also offers a summer football camp for young players.

Since winning their first Premier League title, Manchester City have managed to establish themselves as one of the best clubs in England and therefore the world.

Give your child the holiday of their dreams

As you now know, most of the biggest professional clubs now organise a football camp so that kids and teenagers can have unforgettable experiences based around their favourite sport. Careful though, the camps are not equivalent, which is why the teams at Looking For Soccer created this list of the best football camps for summer 2023.

Furthermore, we have also made these lists for the best football camps for girls, for goalkeepers, etc. Don’t hesitate to contact our team so that they can help you book the football camp perfectly suited to your child.