The Camp Nou is 61 years old. The history of this stadium is as much about sport as it is about politic and culture.

The Camp Nou is obviously the scene of the exploits of Cruyff, Romario, Ronaldinho, Messi and all the others.

On 5 March 1986, it even welcomed 120,000 people for the first leg of the Barça Champions Clubs’ Cup quarter-final against Juventus (1-0). By rewinding into the darkest hours of Spanish history, we also discover a political dimension.

It was the only place where Catalans could speak their language. In short, it is a monument.

“The Nou Camp is a “must-to-see” and with Soccer Travel, it’s an other way to experience it !” 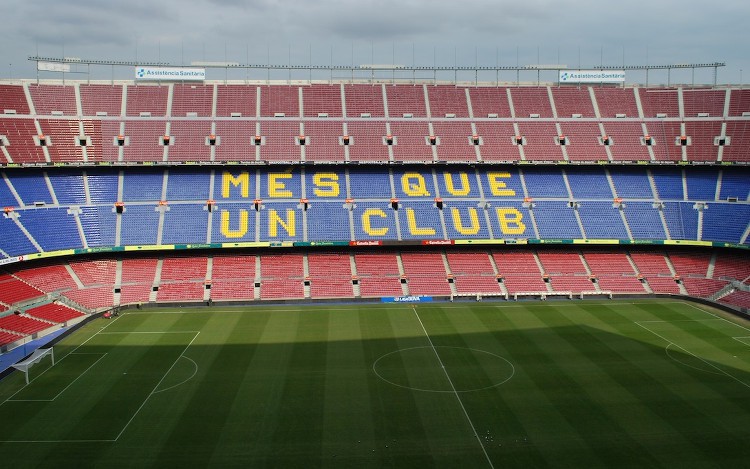 Seven stadiums before the Camp Nou

The FC Barcelona have not always played at Camp Nou. The first match in its history, he played on December 8, 1889, about ten days after its creation, in the Bonanova Velodrome. He shared this stadium with Catala, his first rival, until he was fired when the latter became the owner.

While waiting for the construction of his own home to be completed, Barça flickered on several grounds : the Hotel Casanoves, the road to Horta, the road to Muntaner and finally of the Plaza of Armes.

It was in 1905 that he finally settled in the Camp del carrer Industria, nicknamed “L’Escopidora”. In this venue, the first in all of Spain to be equipped with artificial lighting, Barça is starting to inflate. It even grows so fast that its case is about to explode.

The 6,000 seats are quickly no longer enough to accommodate all the fans who want to see Paulino Alcántara, Josep Samitier and Ricardo Zamora. Moreover, many spectators sit on the balustrades with their buttocks in the void. A period when safety was not a priority.

The Nou Camp is the biggest stadium in Europe !

A new renovation is in progress

This is estimated at at least €600 million. The capacity of the Camp Nou will increase to 105,000 seats and a roof will cover the bleachers.

Next door, Palau Blaugrana will also be renovated and another 6,500-seat stadium, the Johan-Cruyff Stadium, will be built for Team B opposite Ciutat Esportiva Joan Gamper.

If the deadlines are met, the new tool will be delivered in 2023, to continue to make history, both on the field and in the stands.