Do you want your child to have the holiday of a lifetime, centred around playing football the PSG way? Would you like your child to be coached in a state of the art sport centre?  The PSG Camp is the perfect opportunity for both those things, as well as the chance to meet players from around the world and make memories they will never forget.

During the camp, the players will be accommodated at the CREPS, the Centre of Sporting Resources, Expertise and Performance.
It is located at 1 Rue du Dr. le Savoureux in Châtenay-Malabry (92290) 30 miles south of the centre of Paris.

Paris is the number one tourist destination and it is clear to see why. There are countless activities available throughout the capital. Beautiful architecture such as the Arc de Triomphe and the Eiffel Towel are more magnificent in person and there are many interesting museums such as the Louvre, home to the Mona Lisa.

Paris is also home to Disneyland, the biggest version of the theme park outside of the USA. Sporting activities are easy to find and simply ambling through the streets is a magical occasion. There is always something interesting to do in the beautiful town of Paris.

The rooms have either a single bed or two single beds, and the rooms therefore can be shared but are not always. In each room, there will be a desk and a storage closet for the player’s convenience.
Toilets and bathrooms are shared.
The centre’s communal areas are large and allow guests to share moments of enjoyment with friends based around games and animation made by the animators, sometimes even on the spot!

The CREPS is a Centre where many top athletes train to compete in the most famous competitiosn in the world such as World Championships and the Olympic Games. The facilities on offer for the players  are the same as for the professionals, and you can be assured of their high quality.

It truly is a sports camp, with athletes of advanced levels compete in over 20 sports across the centre.

As far as football is concerned, the fields are new generation synthetic pitches that are ideal for technical training sessions as the surface does not allow for bad bounces.

The catering is organised in the same place for all the athletes in the centre. It is self-service.
The dining room is brand new and the chefs in the kitchen work hard every day to create meals for the many athletes. After all, one of the first steps to becoming a top class athlete is a balanced diet.
Allergy and food specifications are obviously taken into account and will be requested before arrival so that the chefs can cater to specific needs as well.

The CREPS site is located in a secure and closed enclosure, home to both the sporting facilities and accommodation. There is therefore no need to use public transport to travel and go for training or lunch. Everything is within a fifteen minute walk and there is no reason for anyone but athletes and staff to be present in the enclosure. 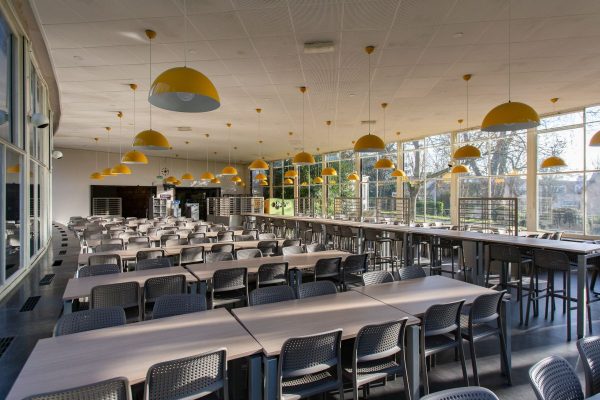 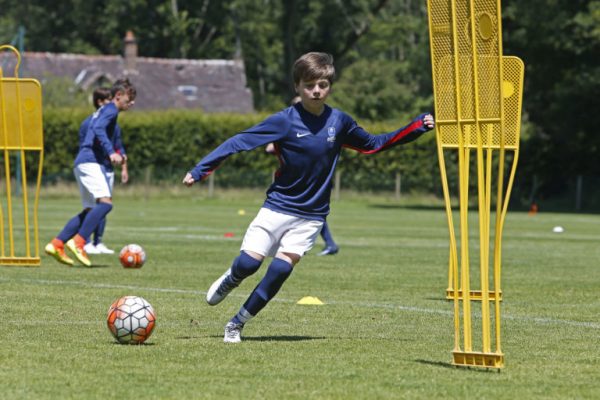 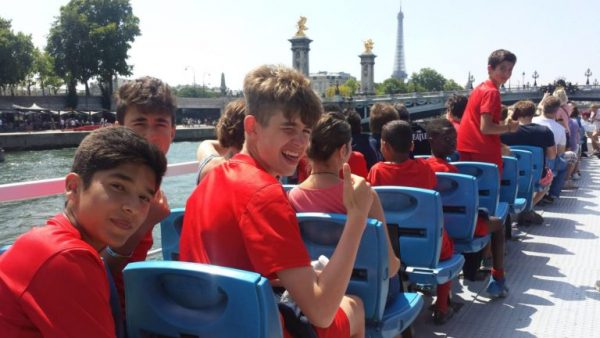 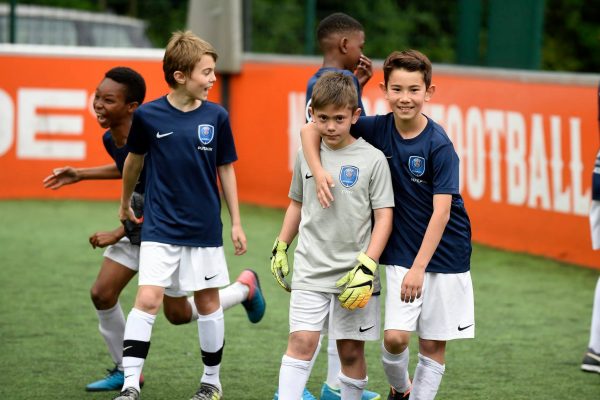 One week of camp perfectly adapted to improving all the bases of football. Four hours of training a day by the PSG coaches to enhance the player’s capabilities in high quality, match-like conditions.

On the first day of camp, the coaches of the PSG Academy will divide the players into groups, taking into account the age and football level of the player. This helps balance out groups but it is not a definite process, and changes are often made during the camp if a player particularly impresses the coaches.  The division into groups allows the coaches to implement the PSG way of playing football in a way that does not leave anyone far behind or leave anyone bored either. Football is obviously at the heart of the week and there will be two training sessions a day, and at least twenty hours over the course of the week. The camp aims to improve all components of the participants’ game: technique, tactical understanding, physical fitness and football intelligence. Drills and tests will help improve technique and fitness, and playing matches is a great way to get better as well. If the players listen to the coaches, then they will learn a lot about how football is played in the world and at PSG, but they will also learn life lessons like how to work in a team. Of course, too much of anything can burn out an individual, so there is also an emphasis on activities that have nothing to do with football. Animators will be trying to create cohesion and a sense of friendship and community within the groups, and necessary rest has to be taken so that the body does not crash and burn.  Finally, at the end of the week, a closing ceremony is organized with various prizes. The PSG Academy is based around thesethree main words: Pleasure, progress and sharing. These concepts are at the centre of the morning technical training sessions, the tactical training sessions and the matches. It enables the coaches to verify how each player is doing and players to consolidate their skills and improve.

For an extra hour, different aspects of attacking football are broached: free-kicks, shots from inside and outside the box, one on ones, one-twos, volleys… This is ideal for those who can’t get enough of football. 3 extra sessions throughout the week for 100 euros (open to all but limited spaces)

During an hour of extra goalkeeper training, the coaches will focus on the keepers and give them valuable tips and advice that will help them develop as keepers well after the camp is closed. 3 extra sessions throughout the week for 100 euros (open to all but limited spaces)

During the week of camp, there is a planned visit to the Parc des Princes as long as there are availability. This is a glorious opportunity for the players to discover this legendary stadium that has seen so many unbelievable moments throughout its history.

Arrival for the week of camp must take place on Mondays between 8:30 AM and 9 AM. If you cannot arrive on Monday morning, then there is an option that costs 100 euros that will allow you to arrive outside of those times. is possible to arrive on Sunday evenings. It is a 100€ option that you can ask for after registration. If you can’t drop your child off at the centre, then there is a pick-up option at airports or stations. This is a paid option as follows: ・ One way = 150€* (+20€ if child is an Unaccompanied Minor (UM)) ・ Round trip = 300€* (+40€ if child UM) *these are only the rates if all of the following conditions are met: – Arrival: Sunday between 2pm and 5pm – Departure: Fridays between 5pm and 8pm Anything else may incur an additional cost, which will be communicated as soon as the arrival or/and departure times are given to the PSG camp.

The beginning of the camp will be on Friday after training after 5 p.m. (See the section above for the airport transfer option)

Welcome to the PSG Academy, a football preparation camp based around the PSG methodology for success. For one week, participants will experience the same conditions that professionals experience in a high-level sport campus.

PSG’s Academy has the reputation of France’s best academy and some point to it as one of the top five football academies in the world. The list of its graduates is full of world class players  and World Cup Winners such as Presnel Kimpembe, Patrice Evra, Nicolas Anelka, Kingsley Coman and Moussa Dembele.

This camp offered by the PSG Academy is an intense week of improving their footballing skills in all aspects: technical, tactical, physical and psychological. The training sessions mix discipline with fun so that players can develop their level while still enjoying themselves.

The children are supervised and coached by a team of animators and coaches trained and picked by PSG.

In recent years, PSG have been the absolute dominant force in French football and have two of the best players in the world, Neymar and Kyllian Mbappe. Both these players play magical and exciting football, using speed, flair, quick feet and unbelievable technique to glide past players and keep hitting the net. This is the chance to get inside knowledge on how they are trained and hopefully emulate them.

PSG’s reputation as the best Academy in France did not come about by accident but rather through targeted and intelligent coaching that allows players to really tap into their potential and play the best football that they are capable of. 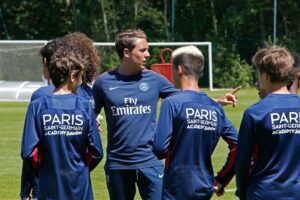